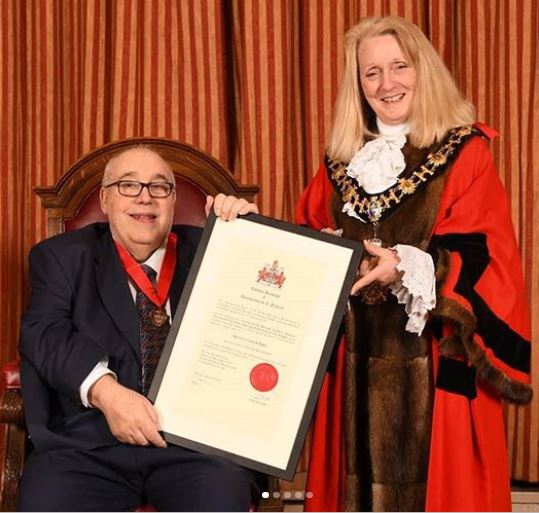 Hammersmith and Fulham Council has bestowed its highest honours on former Mayor and long serving councillor, Michael Cartwright, by giving him the Freedom of the Borough and making him an alderman.

The award was made at a Special Council Meeting on Wednesday 27 February, with the certificate presented to him by current mayor Daryl Brown, as shown above.

In a statement, the council said: " Congratulations to Michael Cartwright who was awarded Freedom of the Borough tonight following a lifetime of public service.

"Alderman Cartwright, who stepped down as a councillor last year, gave 26 years of service to the borough. He represented Hammersmith Broadway ward and served as the Mayor during his final year as an elected official. He was instrumental in fighting for the rights of local tenants and leaseholders.

"Councillors from across the borough thanked him for his dedication and commitment to the borough."

You can read the report to the meeting, detailing Mr Cartwright's many achievements and letters supporting his honour, here.